Resto & Custom
Crvena Zastava, today's Zastava Automobiles is a former Yugoslav, now a Serbian Car manufacturer that makes cars on Fiat basis. During the years they developed own versions of Fiat based cars and Zastava 101 was one of them. 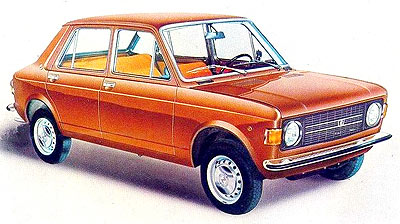 The reason i wanted to have one in my collection is mainly because my father had an orange one as his first car and the secondly it was such a popular car in my childhood that everyone knew it. Basically meant to be Fiat 128's fastback version, most of Zastava 101's parts, except for the different rear body, are the same with Fiat /Zastava 128 4-door sedan model. Therefore a small scale model of the Fiat 128 would be the perfect donor for this custom. The only issue was how to find not another beater Fiat 128, when the only small scale model was built by Polistil in the 70-s in its RJ series and these models are considered scarce. 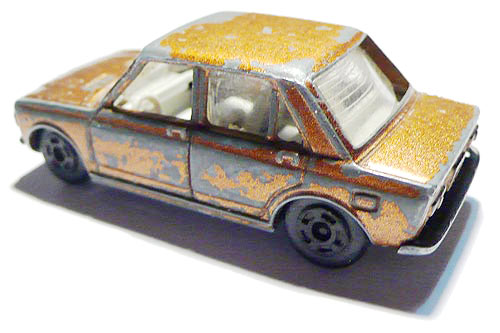 Thanks to a very generous fellow collector i was able to receive from him two of these models in beater condition within two years, with the second model i received i got the idea of reshaping one into zastava 1010 for the first time. One of them had destroyed windows and broken bumpers. The intact one would become a red Fiat 128 back to its old glory and the more damaged model would be exactly what i intended it to be: A Zastava 101 , the popular "Sojadin", as it is called in Ex-Yugoslavia. 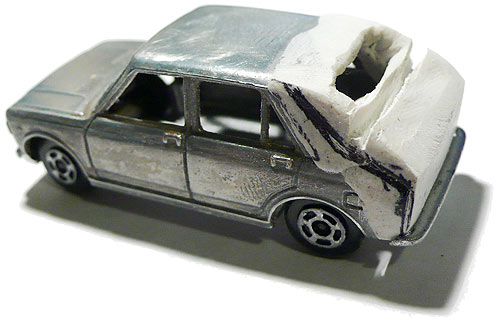 First i decided to grind away the edge of the trunk cover and then i applied two component modeling material by UHU. after it dried, i cut away what i dnd´t need and sanded the rest to shape. Then i applied some JB Kwik to form a window frame. 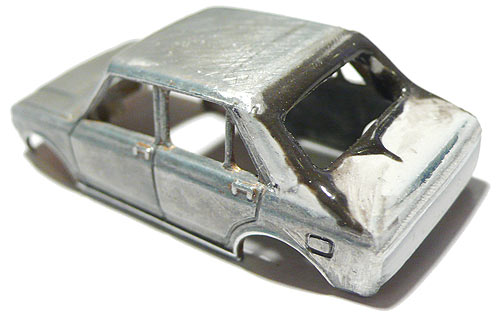 The next part was rebuilding the missing bumper piecce. I cut away another 3 mm of the bumper and installed a piece of plastic from a Jacket pricetag. Then i cut away what was too much, sanded to shape and formed the bumper edge. 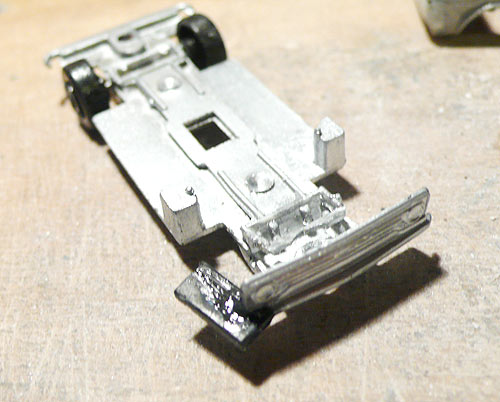 Here it is, modeled, sanded and assembled with the body piece - everything fits just fine. 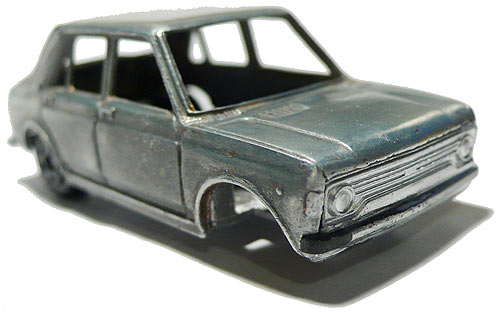 The rear part has meanwhile hardened and has been sanded for a smooth surface. I also installed rear lights, trunklid handle and a rear license plate. I decided not to remove the original filler cap because it was too much work for an uncertain finish. Didn´t want to risk a faux pas on such a small detail. 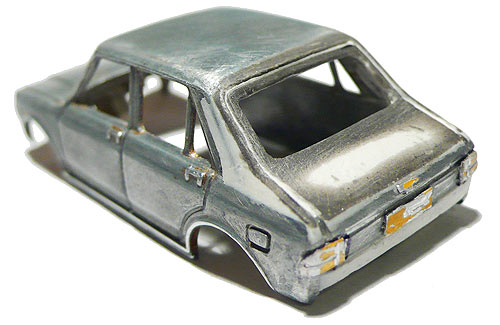 Next i had to install windows and as i had first restored that damaged windowless casting of the Fiat 128 and had rebuilt the windows once, i decided to re-use them. The only part that needed to be reshaped was the rear window, but after some little cutting it was all ready for assembly. I decided not to stick the windows from the inside of the body but to form a fake window unit. No the red is no blood, it´s the paint from the former model. 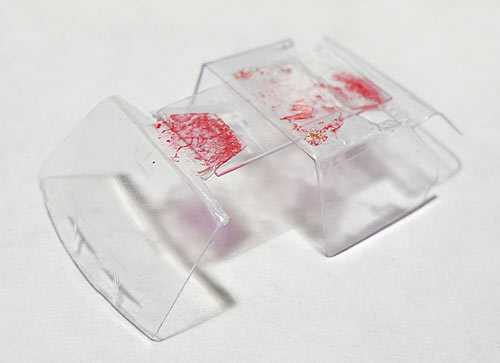 Another thing i deciided to do is to close the custom with screws instead of glueing it back together as i did on most of my restos and customs so far. You can see the screw in the front rivet in the picture below. I went with the 2mm screws, which fint inside just fine. The screws needed to be shortened by some Milllimiters though. 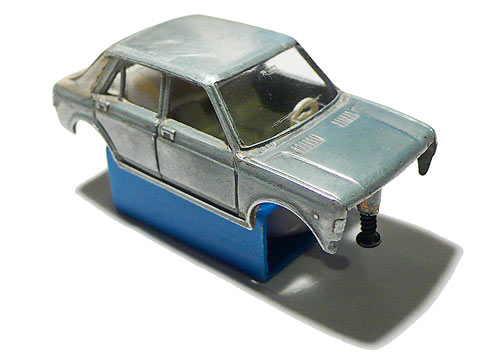 First assembly of the model shows it is ready for the final steps. I first applied a coat of light grey primer, but haven´t shot a picture of it because i was too lazy taking the camera to the basement. Then i applied a nice coat of "pure orange" RAL spray. It really reminds me of my father´s first car. 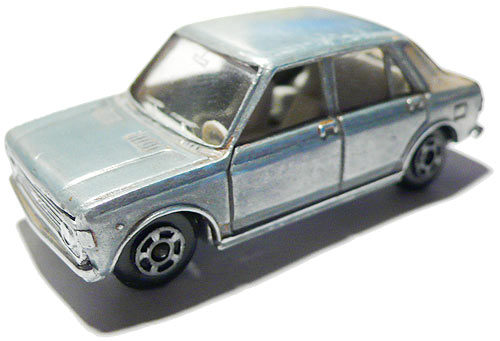 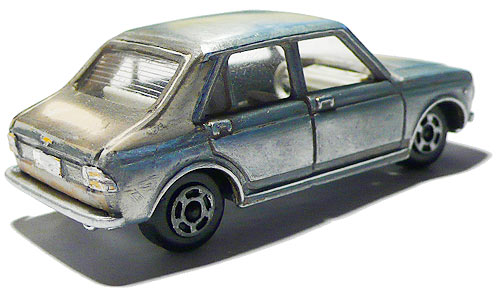 There is no painted detailing on the model at all, in case you ask yourself why i didn´t do this, the reason is simple: I wanted the Zastava 101 to fit perfectly with the Fiat 128 frpom Polistil, as the casting is the same, these would go together perfectly. Typical for Polistil RJ series passenger car models was the fact they had no tampos, stickars whatsoever. All details were part of the the casting itself with a single color over it. Therefore, i stopped right after i assembled the painted model. With customs it is like with paintings. You have to know when it´s enough and on this model this is just enough. 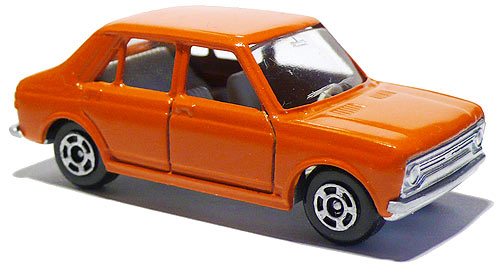 Here is the finished model. Enjoy the pics and i wish you good luck if you have got the motivation to do something similar in the future. 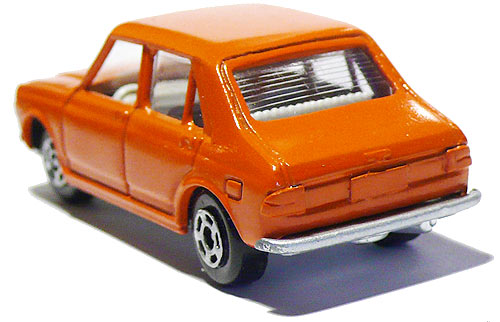 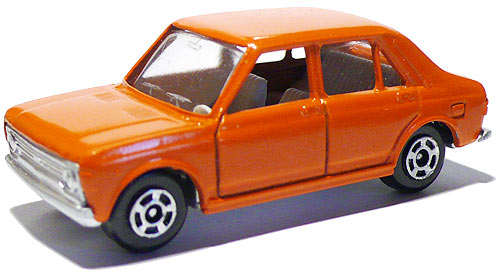 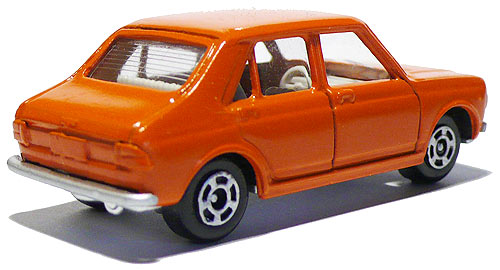 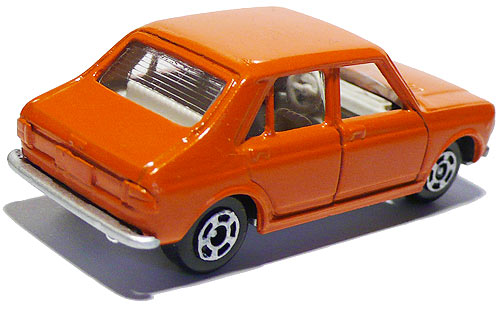 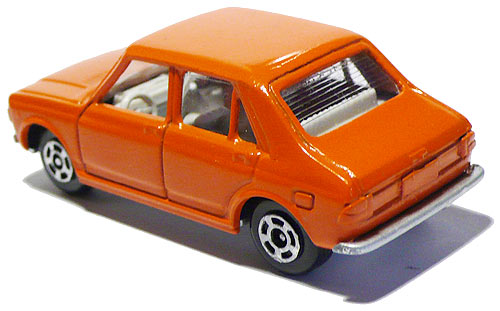 The following pics were taken in daylight through the window. Shows some more shiny surfaces. You even see some dust on the roof. 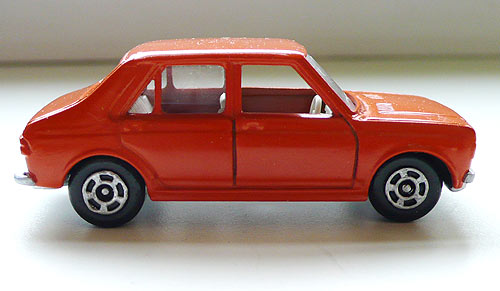 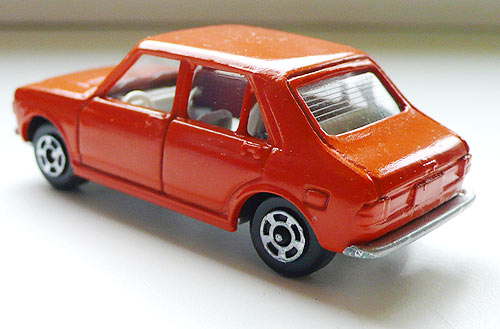 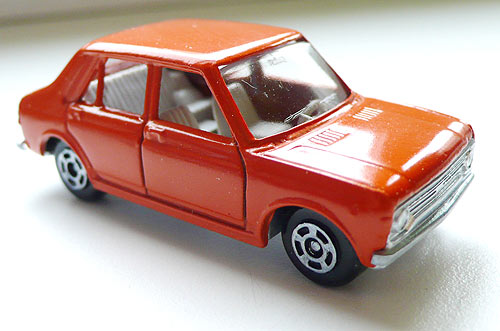 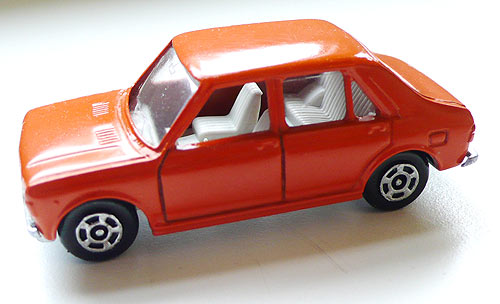 And not to forget the other Polistil Fiat 128 casting, it was only restored, receiving a coat of red spray color. pretty similar to the color of the Zastava 128 (same as Fiat 128) that my grandfather owned from 1986 to 1997. 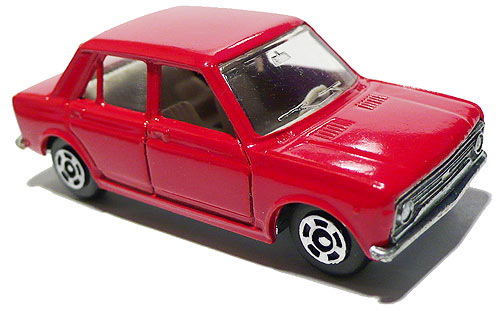 Here are both fresh models side by side for that perfect match of mine: Two of our family rides of the 80-s. 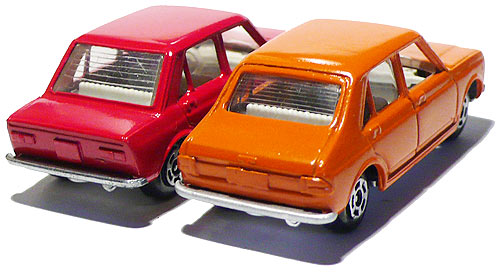 I hope you enjoyed this story just as much as i enjoyed making the model and writing about it.
Pictures © by Sinicars